Have you heard of the Family Advisory Board (FAB)?  EVICS was instrumental in advocating for the creation of this important Board whose purpose is to bring matters related to families and children to the attention of the Town Board of Trustees.  Recently, the FAB has focused on childcare needs in the community. Last month they made 5 recommendations to the Town Board, for inclusion in the 2019 Town Strategic Plan: 1) Advocate for childcare related legislation at the state and county level, 2) establish, and contribute to, a community fund to raise money for the development of a high-quality childcare center to serve ages 0-5, 3) Dedicate town property for the site for childcare center, 4) Identify sustainable public funding sources to offset cost of childcare delivery, and 5) Dedicate a portion of town staff time to coordinate childcare related initiatives.

The recent Childcare Needs Assessment, and case studies of other mountain resort communities, confirm that without public support, childcare services are cost prohibitive for working families. The Town Board is considering each of these recommendations and will be making decisions regarding the  adoption of one or more of these action items.  If you and your family would be impacted by these efforts, we urge you to reach out to Town Trustees with your comments and support.  Your voice does make a difference – so be sure to share your stories and experiences with those who will make decisions that impact you!

Cheers to advocating for our children!

Estes Valley Investment in Childhood Success would like to introduce a new member of our community, Christy DeLorme. Christy recently moved to Estes Park, CO as the new Owner and Director of Mountain Top Preschool and Childcare at 1250 Woodstock Dr.

A little about Christy:

My family and I moved to Colorado from Wyoming initially in 2009 and fell in love!  Nature holds a very special place in our hearts so when the opportunity to live and work in the mountains arose, we jumped at the chance! My husband & I are high school sweethearts and have been happily married for 16 years.  We have 3 beautiful children; 2 gorgeous girls 13 & 9, and one fabulous 3-year-old little boy.  We also have 2 fur babies, Muggsy the English Bulldog & Patty our Miniature Schnauzer.

A little about me: I have earned a Master of Education in Educational Administration and have a Bachelor of Arts Degree in Elementary Education; I am certified as Large Center Director and Elementary Teacher (K-5).  Additionally, I possess thirteen years of hands-on teaching/childcare experience, over ten years of administrative experience within educational settings, seven years working directly for non-profit organizations, as well as owning two home daycares in Wyoming.

My guiding principle is to live my life by the “Golden Rule,” treating others the way I would like to be treated.  This one ideal drives everything I do within my personal and professional life.  Every day, I strive to treat all persons that I meet with dignity, respect, compassion and empathy.

As an Educational Administrator as well as an Owner, it has always been my passion to create an environment where the family thrives, feels safe and comfortable, and knows that they too are valued; that my service isn’t limited to the child(ren) in my care.   I aspire to establish an organizational culture and educational program conducive to student learning and success.

I am looking forward to meeting as many of you as possible!  I value and respect your time; thank you for sharing that time with me. Please feel free to stop by any time!

We are very excited to welcome Christy and her family to our community! Contact Mountain Top for enrollment now: (307) 851-7642 or email at moutaintopestes@gmail.com.

Mountain Top Preschool and Childcare is one of two full day preschool programs in our community, the other being Bennett at the YMCA of the Rockies. Estes Valley also has two half day preschool programs, and five home licensed childcare programs. If you are interested in providing childcare from your home or are an Early Childhood Professional looking for a network in the Estes Valley, please contact us. EVICS offers monthly Networking Nights for EC professionals, Professional Development opportunities throughout the year, an annual conference in April, as well assistance in becoming a licensed provider.

Many times we hear and discuss how “it takes a village”. Well, that’s because in many communities it does take broad understanding of early childhood education and collaboration among key stakeholders in order to see impact. One nearby successful initiative comes from Boulder, CO where they looked at their community assets and strengths to involve children of all ages, beginning at 4 years old, to work in community development.

Growing Up Boulder is an initiative that was formed in 2009 as a partnership between the City of Boulder, Boulder Valley School District, and the University of Colorado’s Program in Environmental Design. The child friendly initiative works directly with Boulder Journey School, a Reggio Emilia preschool. Teachers at this school have strong beliefs of democratic process among its students, gaining an appreciation for the outdoors, as well as children’s involvement in their local community. Through this process, Boulder Journey School students (ages 4 and 5) were able to influence public open space in Boulder. 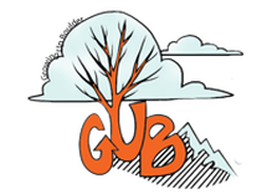 Students contributed to the redesign of Boulder’s civic area, a public space in the city’s downtown area, which was being redesigned because of the increased flood risk through the corridor. Children from Boulder Journey School were brought to the open space and provided green and red frames, and a camera to assess the space as it was. They were encouraged to take photos of what they liked with a green frame, and what they didn’t like with the red frame. Students brought what they learned about the design of the space back to their class to create a life size civic park with blocks and stuffed animals. The Boulder Lead City Planner even participated by coming to see their design.

Children 0-18 years old influenced adult planners, council members, and community members in the design of this public space. While children are often forgotten throughout the community development and planning process, they are actually the perfect community planners as they are allowed to think about possibilities rather than restraints like budget, liability, time. Of course, some children wanted candy parks and spray guns, but there were also huge takeaways. It was noticed that children have a biological need for nature and it shows up in their design. Children felt that nature must be nearby and accessible as they can no longer venture blocks from their home to explore a nearby creek. Throughout the process, they found children often include nonhuman species in their design, all living creatures not cars, egos, or corporations.

They found that children exhibit high levels of empathy when considering use of the space by people and animals- and insects! After exploring and assessing the civic park area, the Boulder Journey Students had some concerns about the insects they encountered. Back in the preschool classroom, students researched the different features of insects and created costumes of insects including antennae and wings. Teachers facilitated this learning and inquiry by projecting large insect shadows on a wall so that children could experience the scale at which humans appear to insects. The students’ recommendations showed concern that insects might be hurt by visitors on trails and wanted to protect the insects and their homes. No matter the age, Growing Up Boulder has found that desires for nature protection and enhancement emerge across projects and ages, in early childhood and beyond.

While it may sound outlandish and a little crazy to include our youngest citizens in designing and planning our community, a city friendly to children is city friendly to ALL. Safe sidewalks serve the needs of individuals in wheelchairs, as well as the new mom wanting to get out of the house with a stroller and her young children. Frequent and affordable bus routes help teens access their community, family access resources like the local library, as well as adults who want to age in place. In many ways, children are an indicator species for the entire community as they can’t jump in a car to get where they want to go or purchase expensive meals. A community that serves the needs of children, will also serve the needs of many other minority groups within a community. We also can’t forget the benefits a program like this does to children in our community. To participate in large scale planning, their education is integrated into real life situations, empathy and process are naturally learned through community activism.